After three Parapsychology professors get kicked out of university for 'sloppy work' they decide they have enough evidence of ghosts to form a new business as professional paranormal investigators, calling themselves "The Ghostbusters". Soon the amount of reports of paranormal activity soon hot up, taking New York by storm.

Filming for Ghostbusters started in October 1983 in New York City. In New York they filmed at the now infamous fire station, Central Park, and other locations establishing the films setting of New York. Filming took around 4 weeks in New York, then the cast and crew moved to Los Angeles to complete filming which took around 9 weeks.

The headquarters of the Ghostbusters 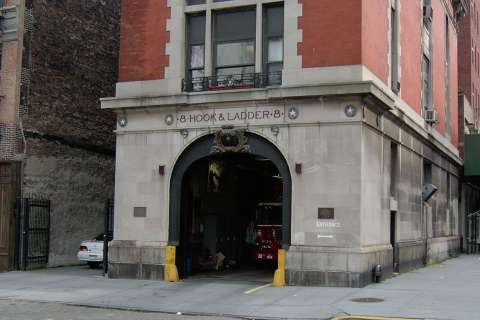 After Peter, Ray and Egon lose their jobs at Columbia University, Peter sees this as an opportunity to go into business for themselves as The Ghostbusters! They find an old Firestation, which needs a lot of work. That of course doesn't stop Peter from convincing Ray to get 3 mortgages in his name so they can buy the Firestation 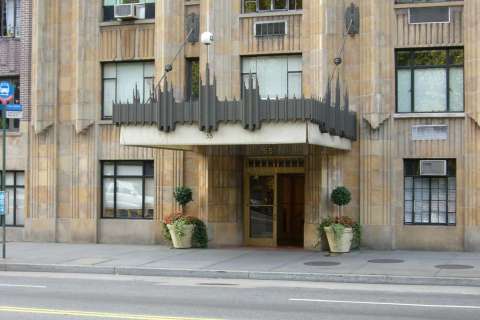 Dana Barrett and Louis Tully live at 55 Central Park West, also referenced in the film as The Shandor having been designed by an Ivo Shandor. Shandor was a doctor who Egon tells us performed many unnecessary surgeries, but also a leader of a cult almost 1,000 strong who worshipped ancient Sumerian god Gozer. The cult performed rituals to bring about the end of the world. The building itself was designed by Shandor to act as a catalyst for psychokinetic energy.

Restaurant where Louis gets attacked

Tavern on the Green is a delightful restaurant in Central Park and I'm 100% positive in real life, they'd let you in to escape a ghost dog that wanted to posses you. 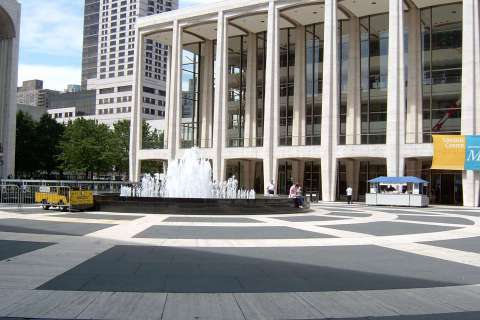 Outside the Lincoln Centre is the attractive fountain where Peter Venkman tells Dana about Zuul, organises a date AND meets "The Stiff"!

The New York Public Library was haunted at the beginning of the film. Luckily for us only the external shots of the building were filmed here.

One of the famous tricks of Hollywood. Film in 1 location, open a door and hey presto new locations. This is the basement where the Librarian, and later the guys, see their first ghost. Despite the external and upstairs of the Library being filmed In New York (see above), the basment was filmed in Los Angles Central Library.

Thrown out of Uni

After getting thrown out of University, Ray and Peter sit on the steps of the University Library discussing their future (While drowning their sorrows).

You're never gonna regret this Ray!

Ray under the wise(?) guidance of Peter takes out 3 mortgages to help fund the purchase of the old Fire Station.

We came, we saw, we kicked its ass!

The "Sedgewick Hotel" is where the Ghostbusters capture their first ghost. In reality the Sedgewick Hotel is in Los Angeles not New York and it's the famous Biltmore Hotel.